In June 2015 I took over instructing the Competitive Obedience class on Friday evenings  from Gill Brinicombe an extremely hard act to follow. 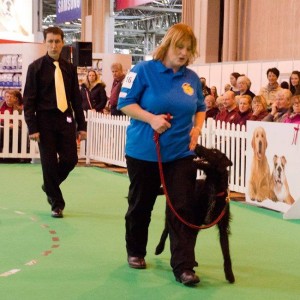 I started competing in Competitive Obedience in 2005 with a farm collie Holly, she was a fantastic dog so willing but competing at open shows had to take a back seat in 2009 when my daughter was born. I had many years of fun with Holly at fun shows and at training.

In 2012 Snoopy (Snoopy Point the Way) came into my life a 3 month old Labrador x wire pointer , a live wire to say the least and not an easy dog to train. If you blinked he’d pinch food even out of your hand.

I decided to train him for competitive obedience and what fun we had , he always had the energy to throw into anything we did I just had to channel it in the right direction. In 2013 we entered our first obedience competition at Wigton and he came away with a 5th in Pre beginners and a 1st in the Special pre beginner heat, which qualified us for the semi -finals in October of that year.  The semi- finals were our second show and Snoopy gained 4th place which qualified him for the Special pre beginner obedience final at Crufts 2014. What a journey we had and he was still very much a baby at just 18 months old. We very much enjoyed our first time at Crufts even though we were not placed.

We won out of the Pre beginners class in the 2014 season.

In the 2015 season we entered just 2 weekend shows , our local shows Wigton and Lune Valley dog training club and I was delighted that out of 4 classes entered he was placed in each one , 2 of which were 1st places thus winning us out of the beginners class.

The 2016 season has just started and we will be competing in the Novice class and trying to get to a few more shows. I am a great believer that there is always something new to learn when it comes to dog training and to this end I attend training days when time allows and do online courses with the Fenzi  dog sports academy as well as collecting various books and dvds over the years.  Before the show season started this year we attended a Jo hill training day to work on tightening up Snoopy’s heelwork turns.

The 2016 season has finished and Snoopy has worked 5 Novice rounds and gained a 6th place rosette, which I’m really pleased with.

Now the winter training begins to get him ready for the 2017 season.

We have a small competitive obedience element at Pawesome from Pre beginner handlers to class A but we all support each other and camp at shows together and enjoy showing newcomers what the sport is all about. 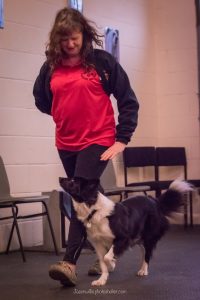 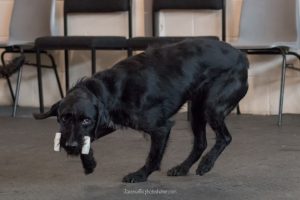