I got my very first dog, Becks when I was 14 years old a rescue border collie from Whinmill farm. It was Becks who introduced me to the world of dog training  when she started pet dog training classes over 18 years ago. Becks wasn’t an easy dog to train and she taught me an awful lot about training dogs. 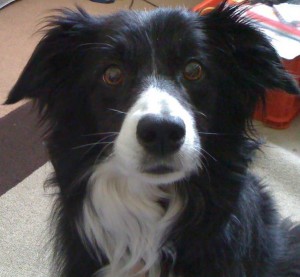 Five years later she was joined by Holly another collie who had a very strong work ethic. She was a dream dog and we dabbled in agility but her first love was competitive obedience, only being held back by an inexperienced handler and health problems.  My once in a lifetime dog and I’d have another Holly in a heartbeat. When Holly was 5 she was joined by Ben, another collie whom I had great plans for in the world of obedience and agility. Unfortunately Ben had severe hip dysplasia and had an operation before he was 12 months old. Ben is an easy going dog and very easy to live with. He is great at gently showing any foster dogs the house rules. 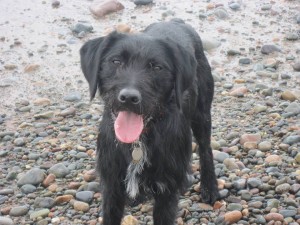 Snoopy ( a labrador x wire german pointer) another rescue joined us in July 2012. He had so many issues when he arrived although he’s always had a fantastic temperament. I started competing in obedience with him in August 2013 where he promtly won at his first show qualifying us for the Special Pre Beginners semi final in October. At the semi finals he came 4th and qualified for the Final at Crufts 2014 to say I was over the moon is an understatement. We appeared in the local newspaper and on the television on the local Border ITV news.

Here is our Crufts round

We also have the occassional foster dog passing through and I’m pleased to be able to help them on their journey to find a new home. I have a special interest in separation anixety problems in dogs but the foster dogs have presented with various problems – house training, barking , chasing, lack of socialisation etc. I have also worked with leash reactive dogs within a home and kennel environment. I have always used positive training methods even though when I started over 18 years ago punishment training was still very popular.